skip to main | skip to sidebar

"The irony of life is that it is lived forward, but understood backwards"
Posted by Mukesh Agarwal at 11:13 PM No comments:

Time to say good bye to my ~5 year old companion, who has been with me through thick and thin! Has grown old and weak and outlandish and broke and tattered ; has lost its glamor and sheen!

Before u jump to any conclusions. its my Nokia 2100. Its now almost 5 years old and in quite a bad shape. The keypad does nt hold any keys anymore( all digits and alphabets got erased long back). Battery drains out in max one day or so, Not to mean that my phone logs in a lot of talk time in the course of a day, its quite the reverse. The backside of the phone is half naked, a portion of plastic cover got ripped off( by me only , accidentally though) and the battery is exposed to the outer world. 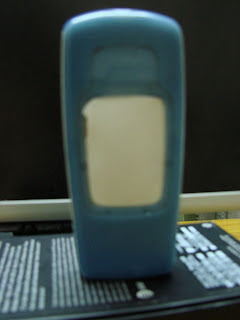 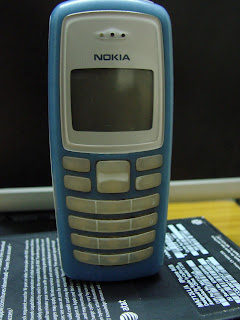 But I still kept resisting the thoughts of switching to a new phone. The arguments: My Nokia worked still. It dutifully performed the task it was supposed to do. I had no intentions to spend a couple of Ks on a new gadget that does pretty much the same. So when almost everyone around me was switching to Razrs and HTCs and Nxx s, I still held to my ground.

But I am giving up now. I got a new Apple iPhone, 8GB, Firmware version 1.1.3 from US 2 days back, Thanks Gins! Read up on the internet for 2 days on how to get it unlocked, watched a couple of uTube videos(well, had done some research before asking Gins for one, had ordered after being somewhat sure that it wont turn into a paper-weight, an aristocratically pricey one!). 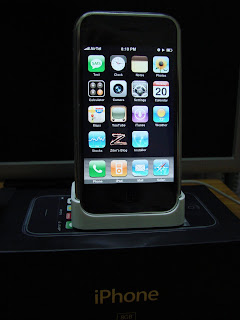 So after some dilly dallying, I finally ran the hack today and voila! my iPhone comes to life! Unlocked, hacked, jail broken, activated!!! Tested that phone works fine, audio is fine, photo storage etc is good. Tested the iPod features. Transferred some songs from my PC to iPhone using iTunes. Good that I dint buy any iPod, I now have a 8GB iPod! As Apple says, "this is the best iPod we have ever built".

The hack in available from www.ziphone.org. You need to download their SW, a GUI based applet that does all the work. They support all iPhone versions uptill the latest one 1.1.4. And its just a 4 minutes job. Your iPhone runs some code, alphabets and digits scroll through the phone screen like the matrix screen and u are done.
Posted by Mukesh Agarwal at 1:37 AM 2 comments:

SINCE MAR 2K8, YOU ARE VISITOR NUMBER #